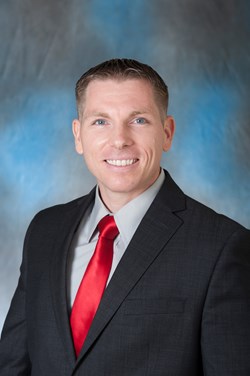 Frank Trammer is a dynamic and influential speaker, trainer, and coach in the areas of leadership and personal development. In 2018, Frank founded Guardian Leadership whose mission is to inspire, challenge and equip others to lead with purpose, achieve their fullest potential, and enrich the lives of those they serve.

Frank has a passion for leadership and building a world of great leaders who are committed to improving themselves, their organizations, and the lives of those they lead. He has helped hundreds of public safety agencies and thousands of leaders at all levels, transform their lives, their careers, and their organizations through his motivational style of leadership training.

Frank serves as an Executive Director for the John Maxwell Team, one of the largest and most trusted training and development organizations in the world. He has also served as an adjunct professor at the Georgia Institute of Technology and Columbus State University where he taught leadership. In addition to his leadership experience, Frank has a diverse public-safety background, having worked more than 20 years in state, county, and municipal law enforcement. Currently Frank serves as the Chief of Police for the newly created Stockbridge Police Department. 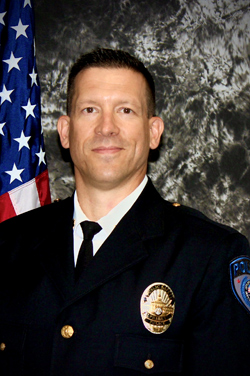 Trent Lindgren is a trainer and facilitator with the John Maxwell Team and a lead instructor with Guardian Leadership. Trent has over 25 years of combined military and law enforcement experience, having served 8 years in the U.S. Army as a cavalry scout and 17 years in law enforcement. He became a police officer after the terrorist attacks of September 11th, 2001, beginning his law enforcement career with the Atlanta Police Department. Trent worked his way through the ranks of Uniform Patrol, K-9, and Traffic Enforcement before being promoted to his current role as Major of Operations with the Alpharetta Department of Public Safety. Trent earned a bachelor’s degree in Communication from Kennesaw State University and a Master’s Degree in Public Administration from Columbus State University. He is also a graduate of the Northwestern University School of Police Staff and Command and the Georgia Law Enforcement Command College Professional Management Program. Trent is a member of the International Association of Chiefs of Police (IACP), Georgia Association of Chiefs of Police (GACP), and is a Georgia P.O.S.T. certified instructor. When he’s not reading about leadership, Trent spends his free time volunteering as a baseball, basketball, and softball coach and training Jiu Jitsu.

Mary Leftridge Byrd serves as Regional Security Director of the Surface Operations Division for the U.S. Department of Homeland Security, Transportation Security Administration. Mary has responsibility for all modes of surface transportation for thirteen states and Puerto Rico. For 11 years prior to her current position, Director Leftridge Byrd served as the Federal Security Director (FSD) at the Hartsfield-Jackson Atlanta International Airport in Atlanta, GA. In April 2019, she became the senior field executive with responsibility for all federalized airports across the state of Georgia. During her tenure, she led significant improvements in administration, screening, regulatory compliance, passenger, and baggage operations.

Director Leftridge Byrd previously served as Deputy Secretary and Assistant Secretary with the State of Washington, Department of Corrections, where she directed staff responsible for supervision of 27,000 criminal offenders and directed the implementation of evidence-based programs. Prior to that appointment, she served the Commonwealth of Pennsylvania, Department of Corrections as Deputy Secretary. Ms. Leftridge Byrd was responsible for leading personnel and managing resources in the administration of correctional state institutions housing all convicted inmates committed to the state correctional system and has served as Superintendent of maximum-security prisons incarcerating male and female inmates.

Director Leftridge Byrd holds a Bachelor of Science from Pennsylvania State University and has completed master’s studies in Public Policy with the University of Maryland. Director Leftridge Byrd is a recipient of the inaugural Theodore Roosevelt Leadership Award, and was honored to have been selected by the Atlanta Tribune as one of the metropolitan area “Superwomen”. She has also been recognized as Criminal Justice Professional of the Year by the National Organization of Black Law Enforcement Executives. She was honored by the Women in Federal Law Enforcement Foundation (WIFLE), as a recipient of their highest honor, the President’s Award. She is also the recipient of the American Correctional Association’s annual award as the Best in the Business and received the Woman of Achievement award by the Delaware County Commission for Women. She has also received the Department of Homeland Security, TSA People First Award, recognizing a strong commitment to people. 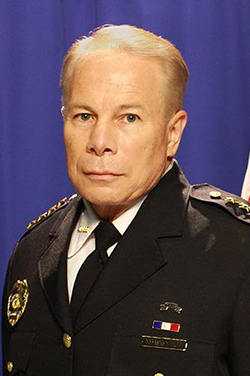 Mike Register is the Assistant Chief Deputy for the Cobb County Sheriff’s Office. Formerly, Mike was the Director of Public Safety for Cobb County where he managed over 1200 personnel and a $170 million dollar budget. Mike has over 30 years of law enforcement experience. He has served as the Chief of Police for the Cobb County Police Department and the Clayton County Police Department. During his tenure as Police Chief, he introduced many innovative community-oriented policing concepts and initiatives which helped to strengthen community partnerships and enhance public safety. Before his tenure as Chief with Cobb and Clayton Counties, Mike managed an operational, intelligence and law enforcement centric program at the Pentagon in Washington D.C. The program was responsible for locating and identifying individuals, as well as criminal and terrorist organizations globally that facilitated, funded, or used improvised explosive devices (IEDs) to threaten the security and stability of the United States and its partners. He has assisted in advising U.S. government, partner nation military units, and law enforcement organizations, such as the Canadian military and the New York Police Department in counter-IED and terrorism related subjects. Mike also served 22 years in the U.S. Army Special Operations community, where he was a member of the 11th and 20th Special Forces Group and deployed to numerous countries, to include combat operations in Afghanistan, where he served on a Special Forces mobile recon element.

Mike holds a master’s degree in public administration from Columbus State University and is also a graduate of the Georgia Law Enforcement Command College, where he is currently an adjunct instructor. He is currently seeking a Doctorate in Public Policy and Administration with a concentration in Terrorism and Conflict Analysis and Resolution. Mike is a member of the Phi Kappa Phi Honor Society. He has attended Northwestern University’s prestigious Command and Staff program for Law Enforcement executives, and has also served as a member of the FBI’s Joint Terrorism Executive Board and the Georgia Association of Chiefs of Police Legislative Committee as Co-Chair, and is also a Safe America Board member. 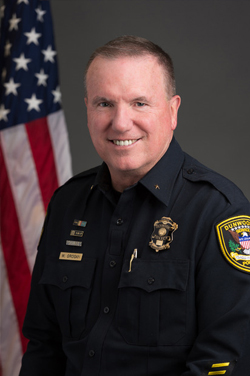 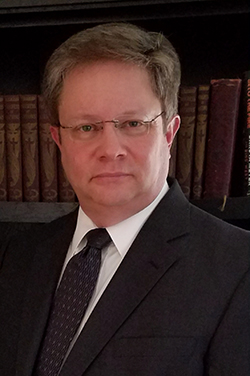 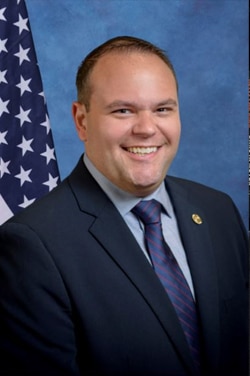 David T. Snively is the Deputy Chief of Police in Morrow, Georgia. Deputy Chief Snively began his law enforcement career as a 911 dispatcher in Cobb County, then served as a police officer in Smyrna and Brookhaven before joining MPD in September 2021. His previous assignments include: Uniform Patrol; Traffic and DUI Enforcement; Criminal Investigations; Recruiting; Accreditation; and Training.

Deputy Chief Snively is a Ph.D. candidate at Georgia State University where his research focuses on police training, education, and policy. He is a National Institute of Justice LEADS Scholar, and a Doctoral Fellow of the Academy of Criminal Justice Sciences. Deputy Chief Snively holds a master’s degree in Public Administration from Kennesaw State University, where he was named the 2017 Master’s Scholar of the Year.

Deputy Chief Snively is an FBI LEEDA Master Public Information Officer and a Force Science Analyst. He is also a POST certified Master Instructor and holds specialty instructor certifications in Use of Force, Firearms, TASER, and Standardized Field Sobriety Testing.